The first use of modified asphalt in our country was the Capital Airport Expressway in 1992, which used Austrian technology NOVOPHALT. The key technology is to use a large colloidal mill with a continuously adjustable gap to make the modifier pass through the mill repeatedly to achieve a very uniform blend with the asphalt, and observe whether the slice crystal structure is evenly mixed with a 400-fold microscope. PE is better for improving high temperature stability, while SBS is better for improving low temperature stability. In 1996, the cover of the east runway of the Capital Airport was mixed with 4% PE + 2% SBS, and 0.4% asbestos fiber was also mixed with modifier. Later, the penetration degree was reduced by one grade compared with the original asphalt, the softening was greatly increased, and the viscosity increased by 7 times, indicating that the high temperature stability of the asphalt was significantly improved. 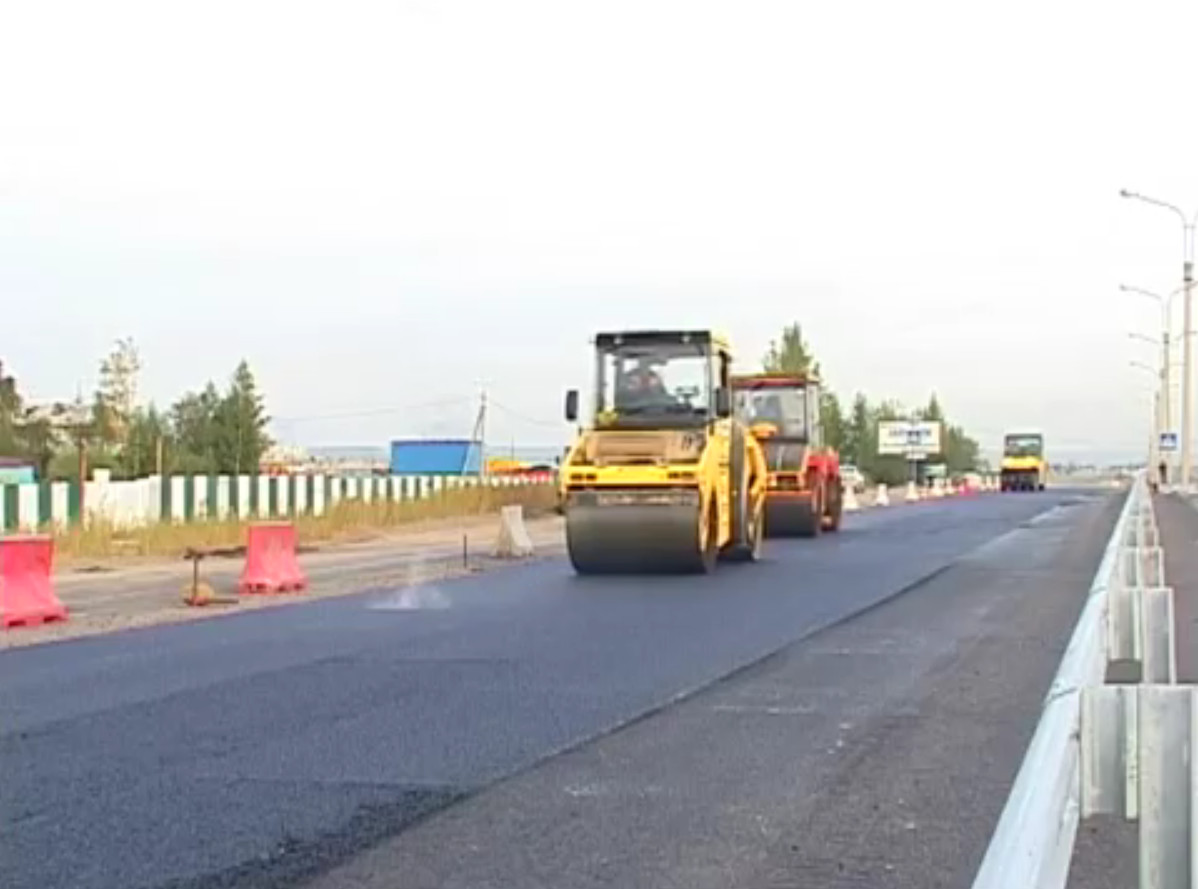 In the 1960s, Germany's traffic was very developed. According to the country's climate characteristics (the temperature was about 20°C in summer and not too cold in winter), it was used to constructing "pouring asphalt concrete" roads. The asphalt content in this structure is about 12% and the mineral powder content is high. The rut on the road surface was found to be very serious during use. At that time, cars in this country often used studded tires (including some European countries) for the purpose of anti-skid. The result was that the road surface was very worn (about 4cm thinner in one year) ). In order to overcome the increasingly serious rutting and reduce the abrasion of the road surface, highway workers adjusted the mix ratio of asphalt mixture, increased the ratio of coarse aggregate, and added fiber stabilizers to form the initial shape of the SMA structure. In 1984, the German transportation department formally formulated a design and construction specification for SMA pavement, and the structure of SMA pavement was basically perfected. This new type of pavement structure has been gradually promoted and used in Germany and some European countries. In the early 1990s, the American highway community believed that its road surface quality was not as good as that of European countries. The investigation found that there are two gaps: ① in the application of modified asphalt; ② in the structural form of the pavement (ie SMA). In 1991 and 1992, they began to study and promote the structure of SMA. The most typical one is: In 1995, Atlanta rebuilt and newly built the road network to host the Olympic Games, and all adopted the structure of SMA as pavement. 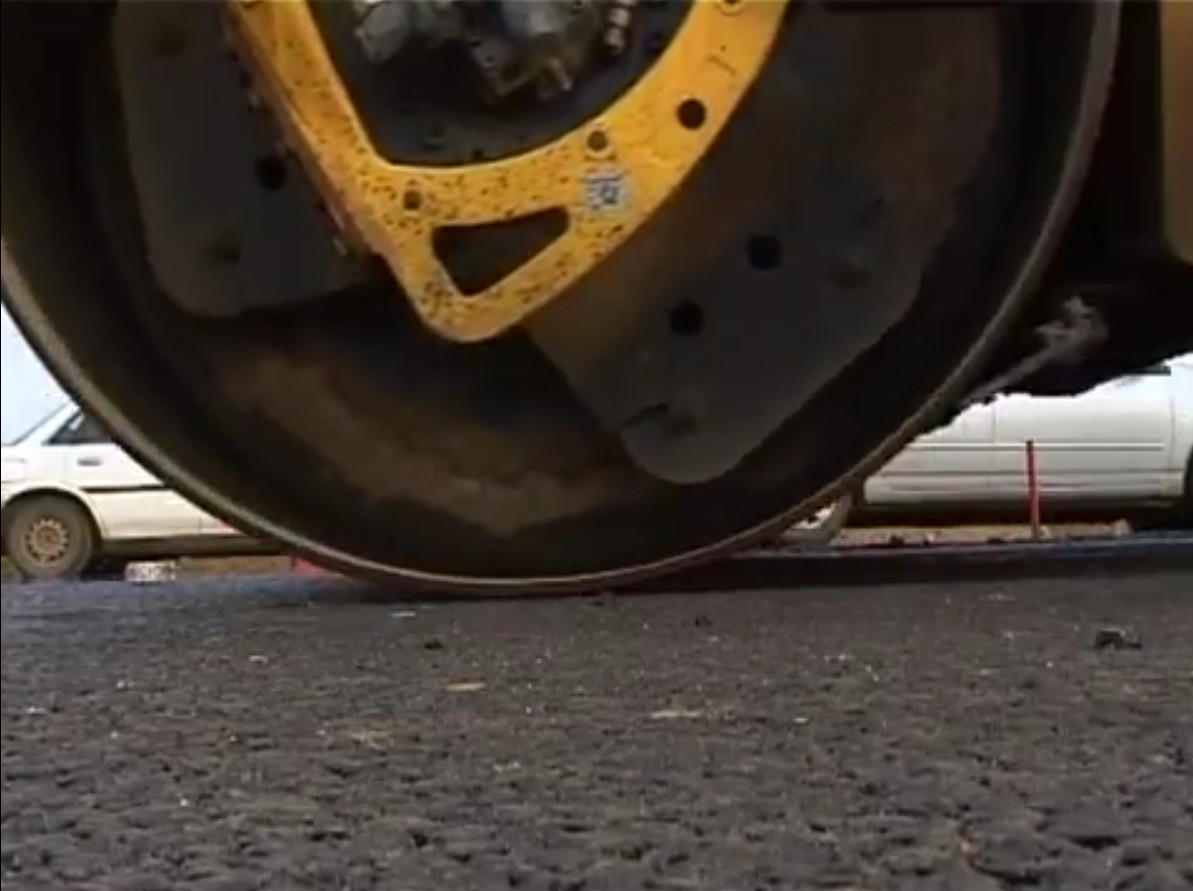 Asphalt mastic crushed stone mixture (SMA) is an asphalt mastic binder composed of asphalt, mineral powder and fiber stabilizer, which is filled in the intermittently graded mineral material skeleton to form a mixture. Its composition characteristics mainly include two aspects: ①The coarse aggregate with a large content interlocks with each other to form a structural framework with high stability (strong anti-deformation ability); ②The asphalt matrix composed of fine aggregate powder, asphalt and fiber stabilizer The hoof grease cements the skeleton together and fills the voids of the skeleton, so that the mixture has better flexibility and durability. 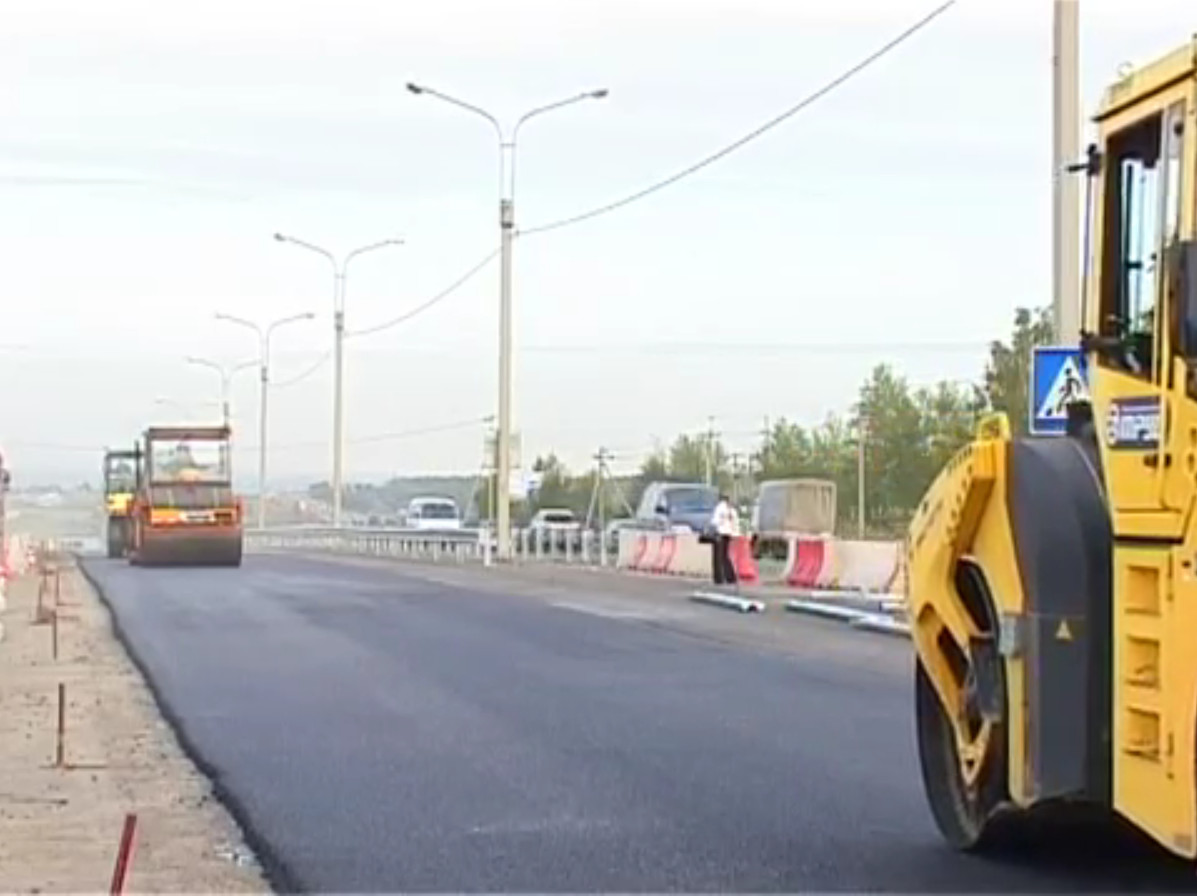 The structure of SMA can be summarized as "three more and one less, that is: more coarse aggregate, more mineral powder, more asphalt, and less fine aggregate". Specifically: ①SMA is a kind of intermittently graded asphalt mixture. The proportion of coarse aggregates above 5mm is as high as 70% to 80%, and the amount of mineral powder is 7% to 13%. (The "powder to rubber ratio" exceeds the usual value of 1.2 limits). The resulting discontinuous gradation rarely uses fine aggregates; ②In order to add more asphalt, on the one hand, increase the amount of mineral powder and use fiber as a stabilizer; ③The amount of asphalt is more, up to 6.5%~7%, The cohesiveness requirements are high, and it is hoped to use asphalt with low penetration, high softening point and good temperature stability (modified asphalt is preferred). 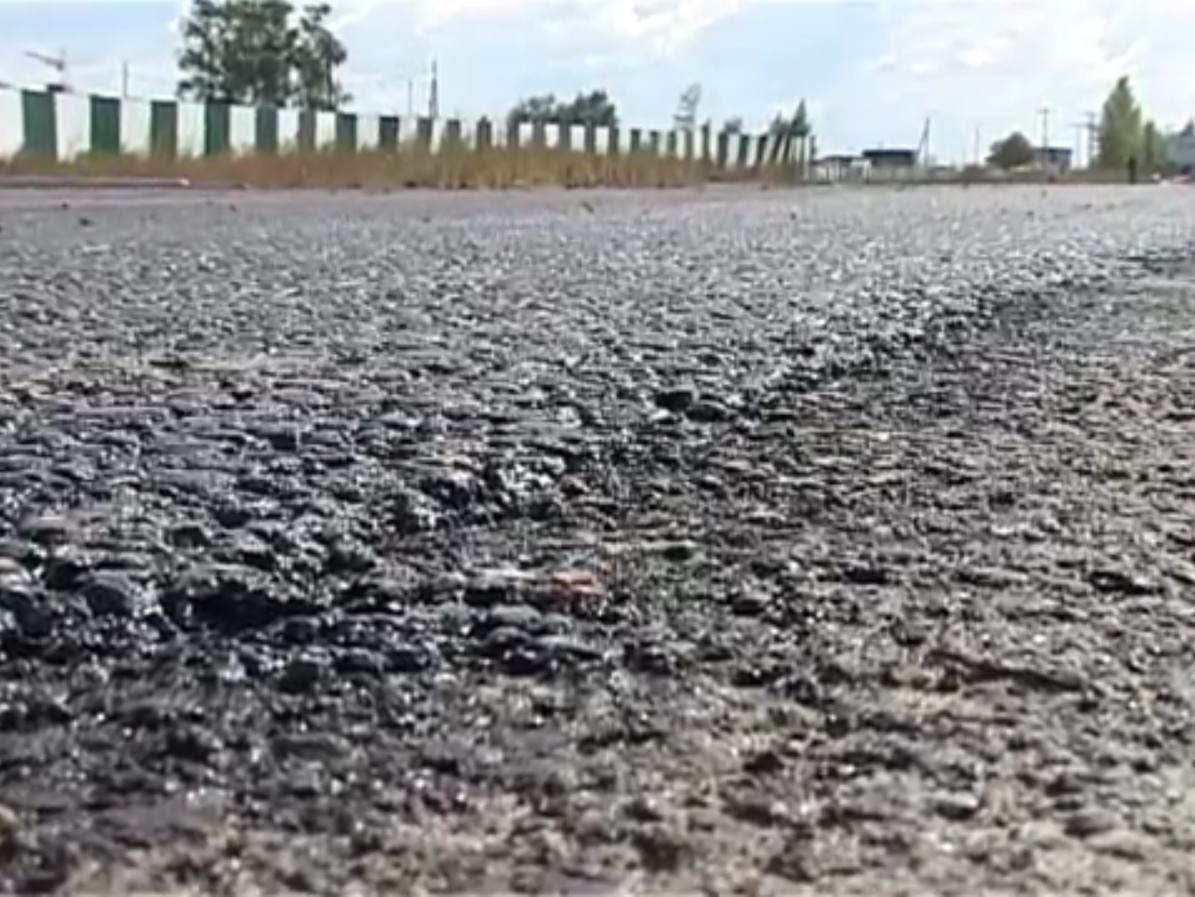 Asphalt mastic crushed stone mixture is currently internationally recognized (mostly used) an asphalt surface mixture with strong resistance to deformation and good durability. Due to the good embossing of the coarse aggregate, the mixture has a very good high-temperature resistance to rutting. At the same time, due to the bonding effect of the asphalt mastic, the low-temperature deformation performance and water stability are also improved. Add fiber stabilizer to maintain high viscosity of asphalt binder, and its paving and compaction effect is better. The discontinuous gradation forms large pores on the surface, the structure depth is large, and the sliding resistance is good. At the same time, the gap of the mixture is very small, and the aging resistance and durability are very good, thereby comprehensively improving the pavement performance of the asphalt mixture. 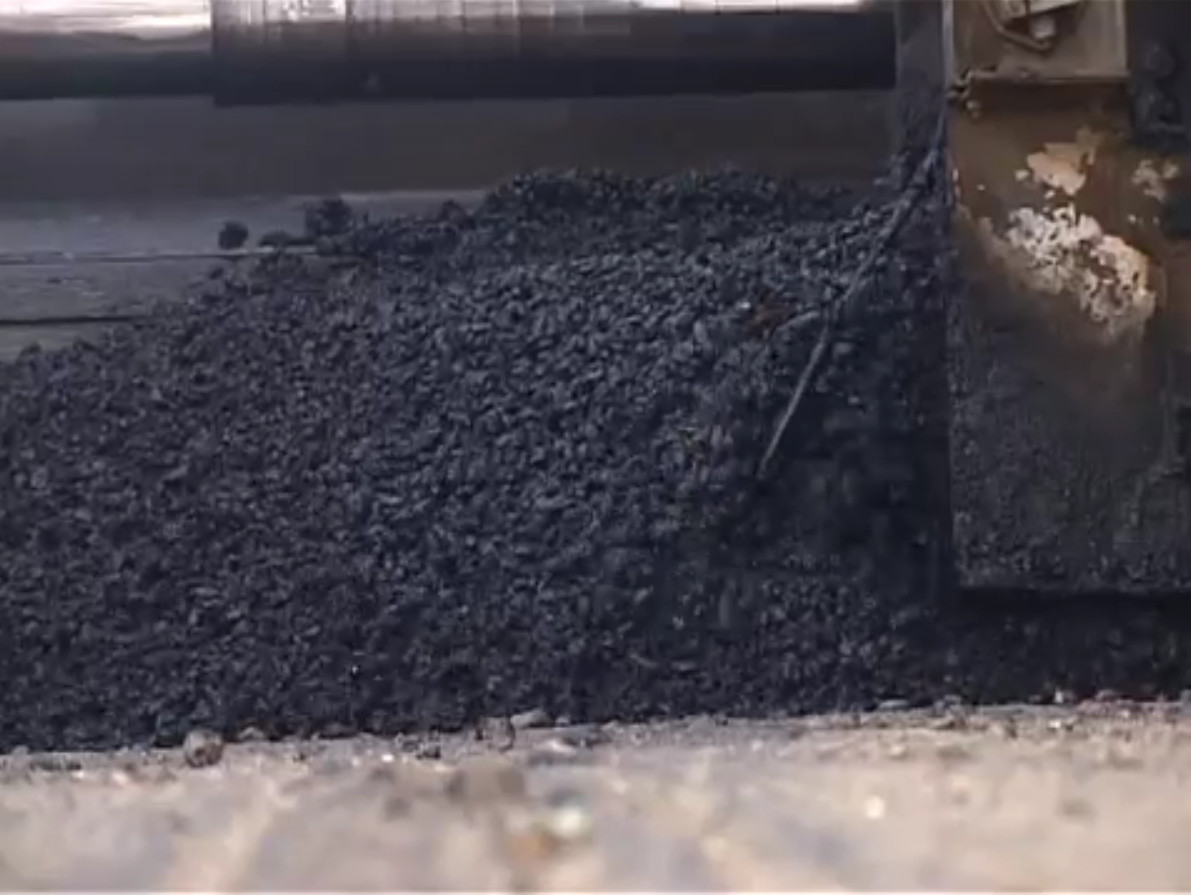 (1) The SMA asphalt binder must have a high degree of stubbornness and good adhesion with the aggregate to ensure sufficient high temperature stability and low temperature toughness. For highways and other major projects that are subject to heavy traffic, and areas that are particularly hot in summer or cold in winter, modified asphalt should better be used.

(2) When the modified asphalt binder is not used, the quality of the asphalt must comply with the "Technical Requirements for Heavy Traffic Road Asphalt", and use a grade 5 or grade 2 asphalt that is slightly harder than the commonly used local asphalt.

(3) When using modified asphalt. The base asphalt used for modified asphalt must meet the "Technical Requirements for Heavy Traffic Road Asphalt". The label of the base asphalt should be determined through experiments, and usually adopt a grade equivalent to that of ordinary asphalt or with a slightly larger penetration. Penetration grade after asphalt modification. In the southern and central regions of my country, it should be 40-60, in the north, it should be 40-80, and in the cold northeast, it should be 60-100.

(4)The quality of polymer modified asphalt used for SMA should meet the technical requirements specified in the relevant "Technical Specifications for Construction of Highway Modified Asphalt". When improving the rutting resistance of the asphalt mixture as the main purpose, the softening point temperature of the modified asphalt should be higher than the annual maximum pavement temperature. 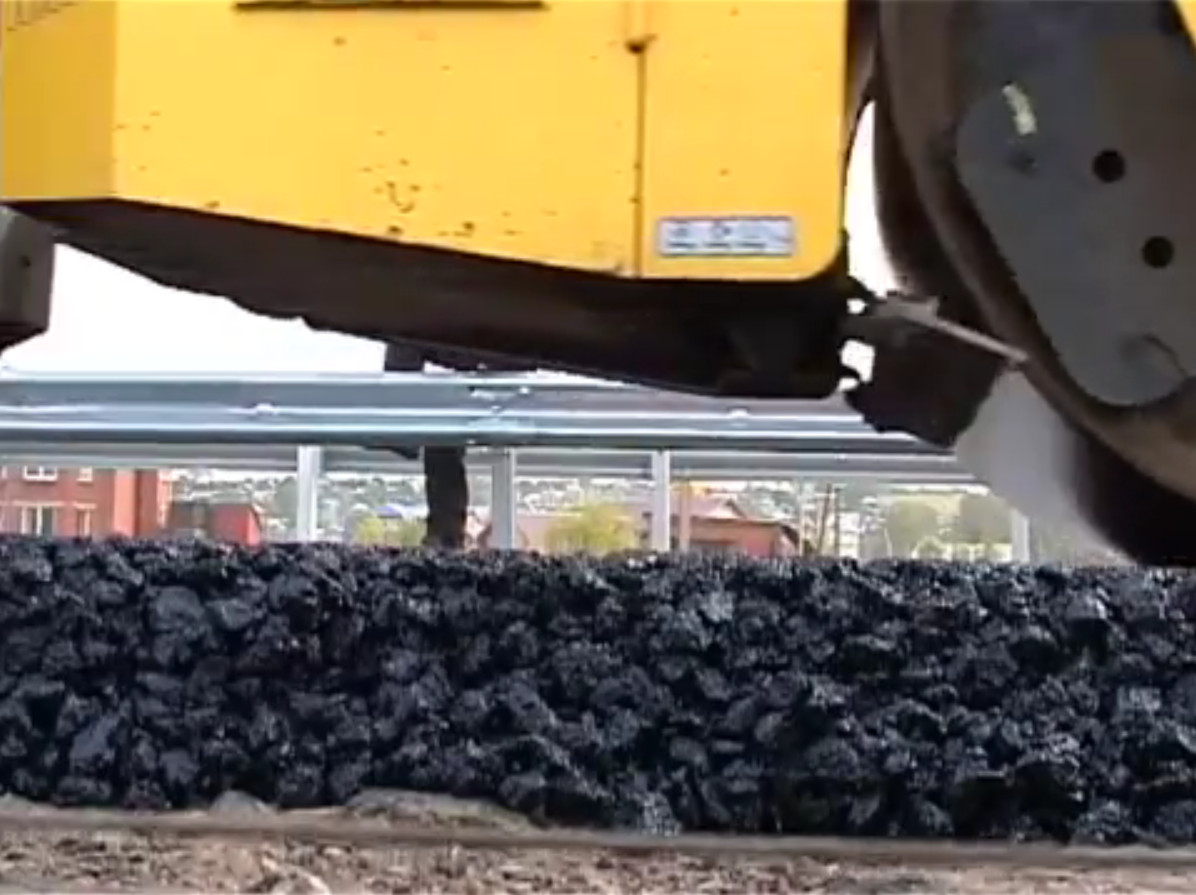