Speaking of asphalt mixing stations, we are not unfamiliar to us. This is a type of unit specifically prepared by asphalt mixing. In fact, what really lacks understanding is its gas system. Even the 400 tph Asphalt Mixing Plant gas system is often The cumulative failures that occur are not very clear. Facts have proved that it is possible to obtain efficient production and good benefits only if the various systems of the equipment are properly maintained. The following are the four types of gas system failures that often occur in asphalt mixing plants. Asphalt Plant Manufacturer analyzes the reasons behind the failures.

First, the failure of the gas source of the asphalt mixing station. 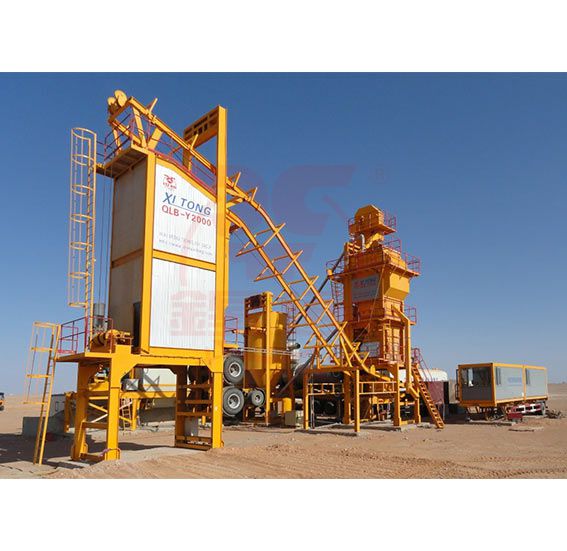 In fact, there is more than one type of failure in the gas source of the asphalt mixing station, and it is not fixed on a component. The internal compressor, pressure reducing valve, piping, and compressed air treatment components may appear similar.

Second, the fault on the directional valve of the asphalt mixing station.

The specific performance is that it can not be reversed or the reversing action is relatively slow; the valve core sealing ring is seriously damaged; the inlet and exhaust holes of the first conductive magnetic valve are blocked, and the commutation cannot be performed normally.

In view of the above problems, in addition to checking the working state of the oil mister and the state of the lubricant, you must also pay attention to cleaning each part to maintain good cleanliness; In addition, do not forget to replace damaged parts in time to reduce the problem occurred.

Third, the failure of the asphalt mixing station cylinder.

Leakage inside and outside the cylinder; insufficient output force and unstable movement; poor cushioning effect; damage to the piston rod and cylinder head is included; the causes of the problems are also different and targeted solutions need to be taken after determining the underlying factors Measures.

In addition to the different failures mentioned above, the gas system of the asphalt mixing station also has auxiliary devices such as oil mist, automatic blowdown, and muffler. Under the influence of adverse factors, they will also have different failures, such as oil The liquid oil droplets of the atomizer cannot be atomized; the oil and water in the automatic drain can not be automatically eliminated; the sensitivity of the muffler is disturbed and so on.

LB Mobile Asphalt Plant is a joint device used for the centralized mixing of concrete, also known as concrete precast yard. Because of its high degree of mechanization and automation, its productivity is also high, and it can ensure the quality of concrete and save cement. It is often used in large, medium-sized water conservancy, power, bridge and other projects with large concrete engineering quantities, long construction periods, and concentrated construction sites. With the development of municipal construction, mixing stations that use centralized mixing and provide commercial concrete have great advantages, so they have developed rapidly, and have created conditions for promoting concrete pumping construction and realizing joint operations of mixing, conveying and pouring machinery.

Previous What are the preparations before starting the Mobile Asphalt Mixing Plant?

Next What should I do if LB Asphalt Mixing Plant does not turn suddenly?